REVIEW: My Country | A Work In Progress - National Theatre

In the aftermath of the Referendum of June 2016, the National Theatre decided to hear the voices of the nation; those which were being ignored by politicians, and society as a whole. They interviewed people from across the country and these testimonials, along with political speeches from the time, have now been woven into a play by Poet Laureate Carol Ann Duffy and director Rufus Norris. 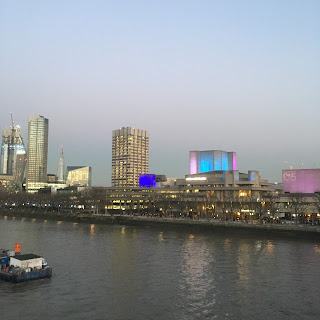 National Theatre on the Southbank

For the first ten minutes or so, I was a little uncertain; while it started strong, setting the scene, laying out context and groundwork, and even raising a couple of laughs, it began to veer dangerously close to an A-Level drama production at one point. However, Duffy's glorious language, a quick comeback of production values, and the astonishing talent of the cast rescued the play very quickly, and we were off.

Britannia has called a meeting of the Regions. Played spectacularly by Penny Layden she spoke with the voices, literally, of the Politicians of the moment, while the Regions spoke for those from across the country. The verbatim testimony wove well with the political rhetoric, but occasionally jarred with the poetic speeches from the playwright.

My Country doesn't make a claim to examine the rights and wrongs of the campaign or the result; however there was a touching moment when Britannia spoke for the MP Jo Cox. What it does do is present, impartially yet theatrically, the thoughts, feelings, emotions and reasons of people from all walks of life, all backgrounds and all experiences. Christian Patterson as Cymru occasionally spoke for/as a nine-year old, and Adam Ewan as South-West spoke for a ninety-year old woman. 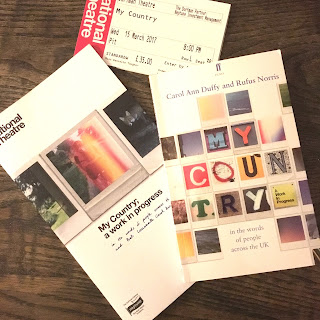 The gradation of accents from throughout the cast was quite remarkable; the play will be touring and while, to me, the voice of a person from Durham and a person from Gateshead may sound indistinguishable, to a person from those regions I'm sure the difference is obvious. So, to that end, the actors were careful to be faithful to the original accents and dialects of the interviewees; Laura Elphinstone as North-East was particularly fluid in this respect, moving seamlessly from timid elderly lady, to lad-on-the-town in one breath.

One of the most poignant moments, for me, was, oddly, one of the most exuberant: Britannia is reaching breaking point and the Regions decide to call a halt for a moment, so they can eat. Each region has brought food from their area, and they share it out between one another. They laugh and tease good-naturedly, pointing out the foibles and stereotypes of each, before breaking out into song and dance (Cavan Clarke's 'Lord Of The Dance' was something to behold). While I was a little bemused by what I was watching, the message was clear: We have far more in common, more things that bring us together, and more that we celebrate communally, than things that divide us.

The staging was simple, yet contained moments of great effectiveness. Duffy has done a very good job bringing together disparate voices into an almost-seamless whole, with lovely moments of humour to balance out the seriousness of the subject. The cast worked well as an ensemble. 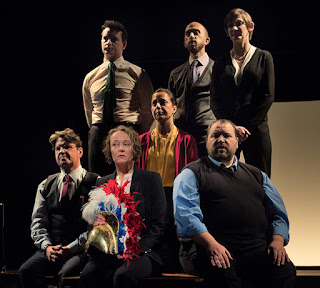 For me, this play didn't cover any new grounds of thought. However this is a personal response rather than a critical one. It's a new thing for the National, to respond so quickly to an event, and commission a work of this nature rather than rummaging around in the archives for a play that could be made to fit the current crisis, and I applaud it for that.

I think the most interesting thing would be to follow this play around the country; to observe the audience in the different venues. Where would they laugh? Where would there be an intake of breath? Would some people boo? As a London, liberal theatre-going audience audibly hissed at the rhetoric of Farage and Johnson, would an audience from Salisbury cheer? As I watched a fairly even-handed production, would others see it as propaganda for Remoaners, or validation of the Leavers?

As the production makes clear; as a country there may be more that we have in common, but there is still plenty over which we are divided. 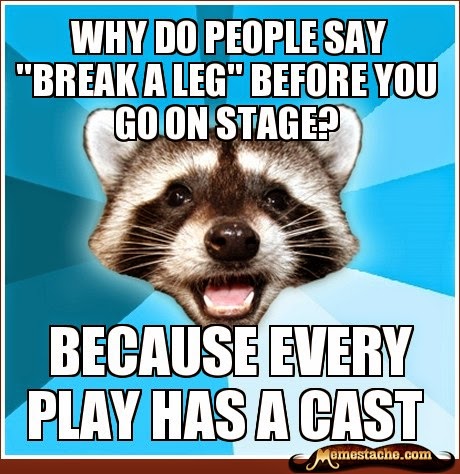